How well do you know Carroll Gardens, Brooklyn? For many, you probably didn’t even know this neighborhood existed. This 40-block neighborhood is surrounded by the neighborhoods of Red Hook, Cobble Hill, Gowanus, Boerum Hill, and the Columbia Street Waterfront District and is well known for their beautiful brownstones and brick townhomes, but did you know it’s roots go back to the 17th Century? Originally inhabited by the Dutch in 17th to 18th centuries not much has been documented up until the early 19th century when Irish immigrants settled in the neighborhood followed by Norwegian immigrants shortly after in the mid-19th century.

In the late 1840s, Carroll Park, Brooklyn’s 3rd oldest, a block-long area of playgrounds, walkways, and sitting areas between Court, Smith, Carroll, and President Streets was built. Originally a private garden, it was purchased by the city in 1853, and was named after Charles Carroll, a revolutionary war veteran who was also the only Roman Catholic signer of the Declaration of Independence. In 1846, Richard Butts created the “front gardens” to the famous brownstone houses in the oldest section of the neighborhood. The brownstones are set back from the street by 30–40 feet, to create atypical (for Brooklyn) large front gardens. 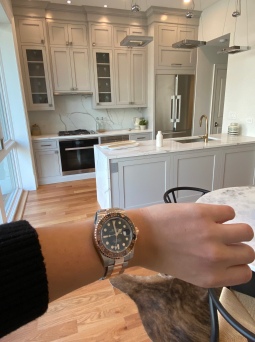 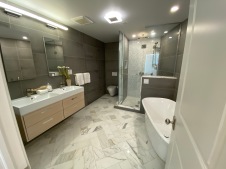 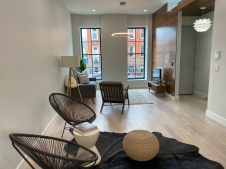 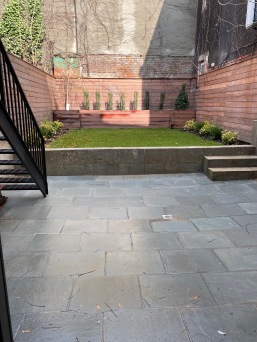 In the 1920’s as the Irish population began to leave and the Italian immigrants made their way to Carroll Gardens turning it into a neighborhood of family-run stores and restaurants. Gentrification began in the 1960s, when young middle-class professionals began to be attracted to the Carroll Garden area due to its convenience to Manhattan, and its growing reputation as a safe and quiet place to live.

Brunch or Dinner, Buttermilk Channel will not disappoint. From a fan favorite Chicken & Waffles to the ordinary cheeseburger, their menu has something on there for everyone. Their extensive wine menu will help perfectly set off any meal.

Albeit a pizza place, it lives up to the hype. It’s a BYOB restaurant, so, piece of advice, show up, give your name, go buy a bottle of wine and head on back so you don’t miss your table. Oh, did I mention you have to get there around 5PM (ish) to put your name on the list or miss out on the chance to enjoy a lucali pie?

Where to Grab-n-Go. Given I’m always on the go, I stumbled upon these spots and enjoyed everything from bagels, coffee to ice cream with a client and their children; to whom thoroughly approved the flavors at Malai:

I stumbled in to Mazzola on my never ending quest for coffee, and being the carb fan that I am (and New Yorker) I naturally grabbed a bagel to go with my coffee and needless to say, I’ve been heading on in to try all the different varieties of Artisanal and Signature Breads.

One Summer evening, after touring a home nearby that my clients ultimately purchased, my clients and I almost walked right by this little gem my client’s children insisted on visiting after watching patrons heading out with delectable ice cream cones and well, I haven’t stopped making a pit stop here since!