Julia, Julia, Julia, where to begin! Firstly, we’re cousins. Yes, she’s Latina and I’m Persian, but we are indeed Primas (spanish for cousins)!

Ten years ago I was introduced to this fiery, spunky beautiful woman with a vision. I was fairly young and immature and let familial politics draw a divide between us for a few years, but as all big girls do, we worked out the issues and moved past it. To be honest, we both feel it brought us closer and stronger than ever before!

Jules, as we affectionately call her, is very much like me in her entrepreneurial spirit. The best thing about her, she’s not just a dreamer, but she’s a doer, and I admire that quality in anyone, especially women! Our family has watched Jules go from assisting with television productions to executive producer for a major TV network, working with some of the greatest on-screen talent to writing and producing her own content AND establishing, building, and growing a very successful staging company, JCL Staging and Design! JCL is my go-to as well as other very successful teams in the NYC real estate scene. Every apartment she’s worked on has sold and many in record breaking time. But that’s not what I’m going to tell the world about her.

Julia is inspirational in that she doesn’t let anyone tell her she can’t; very similar to me. Once someone tells her “no” she hears “figure it out on your own and do it independently” and she will go ahead and find a way to get whatever it is done. I came to her almost two years ago with this concept, but had ZERO and I repeat, ZERO idea of what to do with it. I like to say I had a seed and she planted it, nurtured, it, and grew it into this beautiful flower that’s quickly gaining strength. Once I saw the first bud, I actually shed a tear, me, the person my husband often refers to as unemotional and cold [insert eye roll]. Not only do I have respect for her, but I trust her… which let me tell you I have a VERY DIFFICULT TIME trusting ANYONE but my parents (and even then I refrain from telling them some things). Stay tuned to learn more about our little top secret “flower”!

Jules is another person who will put me in my place when need be. When my husband attempts to put me in my place or my parents, all I hear is muffled noises, but when Jules speaks, for some reason I just sit back and listen. I think it’s bc she does the whole “Sarah shut up and listen” bit eloquently and sometimes subliminally; hours later drinking my after dinner tea, I’ll sit back and think to myself “this chick basically just told me to stfu.” But I know she does it out of love and only wants to see me (and us as a team) prosper and prima, thank you. Even if I resist once in a while, thank you for being like the big sister I never had! 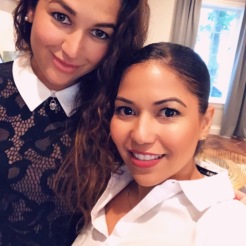 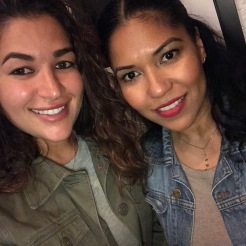 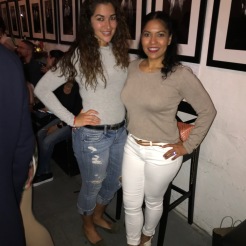 One thought on “Meet My Tribe: Julia Carias”