When I was a young kid, I had never stepped foot in the state of Florida. My time was split between NYC and California (probably bc the Iranian population in California is well into the millions so naturally my family mostly lives in So Cal). Suddenly college and real life happened; contemporaries were getting married, moving out of their parents homes, popping out babies and the list goes on. So many of my friends had decided it was too expensive to live in NYC and decided to move somewhere close enough to see family, but cheap enough to live like a king… Florida is was!

Who would of thought, at the age of 29, I can tell you, with confidence, I am EXTREMELY well versed in not only the Miami night life and restaurants, but also the neighborhoods, demographics, and real estate market! For shits and giggles, let’s talk demographics, from the Jewish community, to the Latino community, Russian, over 65, and so on, many constituents in those communities share one thing in common… THEY’RE NEW YORKERS! Yes, you read that correctly. Why do I think that’s important to highlight?

Well, New Yorkers have a reputation amongst salespeople of all kinds; New Yorkers are generally known to be savvier buyers. We’re always looking for a good deal and even if what we’re looking at isn’t a deal, we’ll haggle and beat you over the head until, by our own definitions, we make out like bandits. Currently, Miami is a buyers market. Too much inventory and not enough buyers. Why is that?

For a while, Argentines, Venezuelans, Russians were flocking to Miami, investing in some amazing diggs, but as we all have inadvertently been watching the politic climates, it’s become significantly harder to pull money out of these countries, adversely affecting the Miami real estate market. Developers saw the boom, wanted to get in on the action and now we are left with a heap of inventory. Albeit, Canadians, Colombians, and of course New Yorkers are still buying and renting some beautiful (mostly investment) properties in the 6th borough of Miami, there still remains some great opportunities right now to get your hands on a stellar deal. 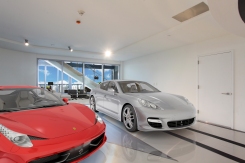